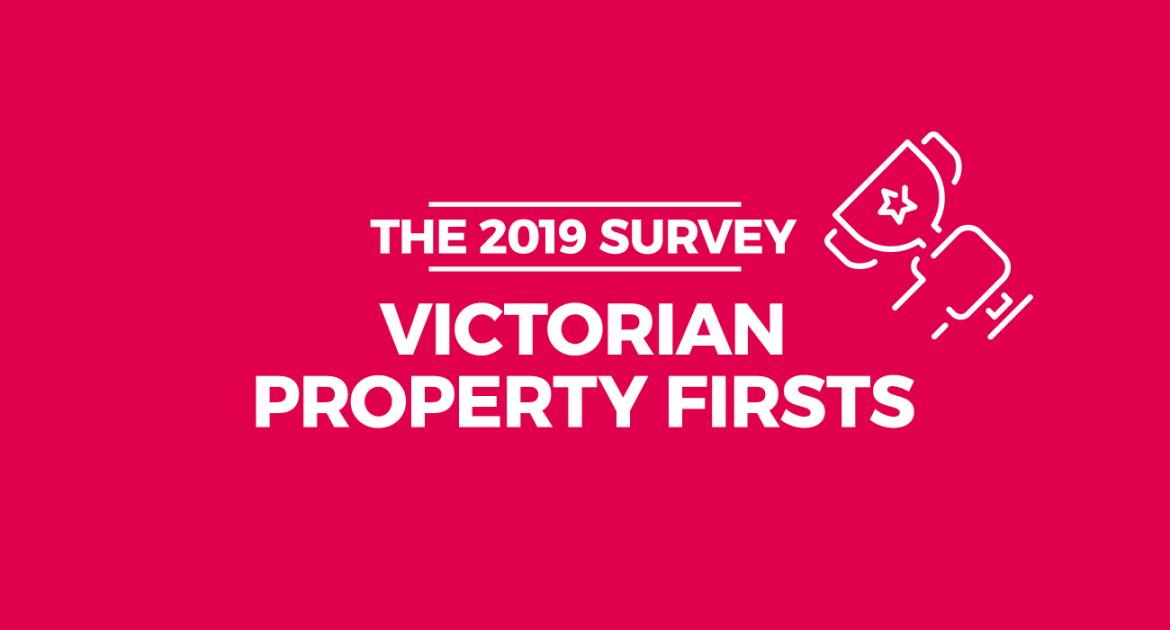 There’s nothing more memorable than your first time, whether it’s your first kiss, your baby’s first steps or buying your first car.

We surveyed 1000 Victorians about their property firsts - including renting, buying and milestones along the way, and the results provide an interesting snapshot of what makes our property lives tick.

You told us that affordability is still the number one factor when choosing a first home, with 83% of people saying price mattered more than distance to amenities (46%) and design of the property (42%).

Proximity to family and friends is less important than we might like to admit, with only 36% saying it was a factor influencing their purchase.

Life’s major milestones play a big role when it comes to timing people’s first foray into the property market.

The survey found marriage was the biggest trigger for buying a first home, with 47% of Victorians reporting this as their driving factor.

A further 36% bought their first property after moving out of their parents’ house, while a further 9% of people were inspired to buy additional space and independence when kids were on the way.

Five per cent bought their first home when they headed off to university or study.

For one in five Victorians, it's a case of love at first sight - they bought the very first home they laid eyes on.

Almost half of those surveyed (49%) bought their first property when they were in their 20s, while 34% of first time buyers reported they would buy even earlier if they had their time again.

Other survey findings include: 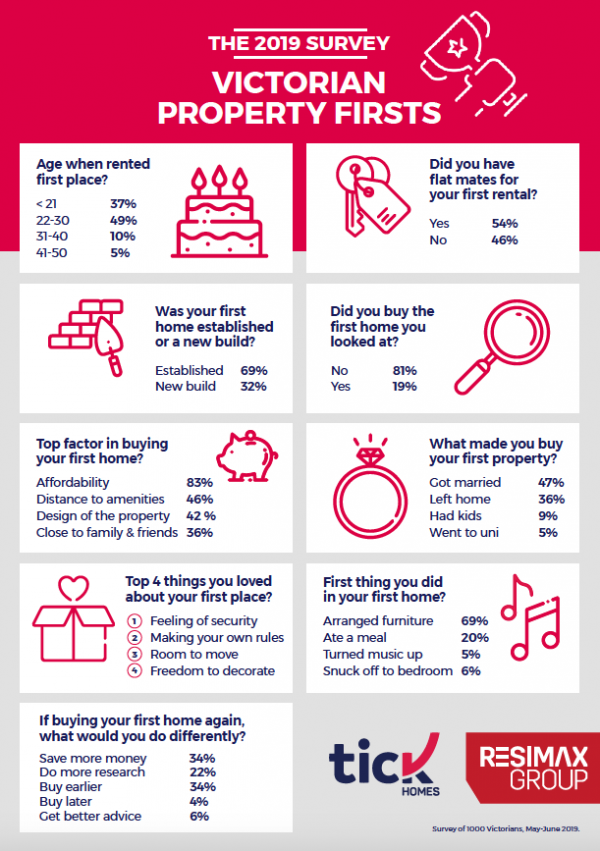 Darren Mehl said the survey showed that, despite ups and downs in the market, property remains a trusted platform for stability and a key life milestone.

“The research shows the majority of people are ready to buy once they have settled down,” he said.

"Despite ups and downs in the market, property remains the most trusted source of financial stability.

“We appreciate it is getting more difficult for people e to break into the home market. At Tick and Resimax Group we want to help those struggling to attain their property dream to achieve their goals sooner." 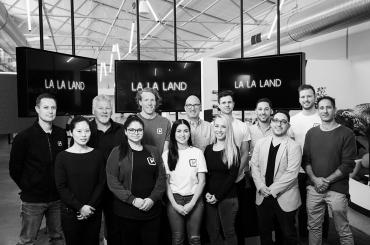 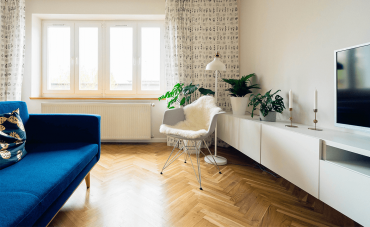 4 ways to get on the property ladder

Owning your own home can seem like a daydream that’s far, far away. But getting on the property ladder is easier than a lot of people realise. 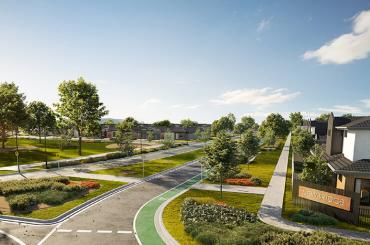